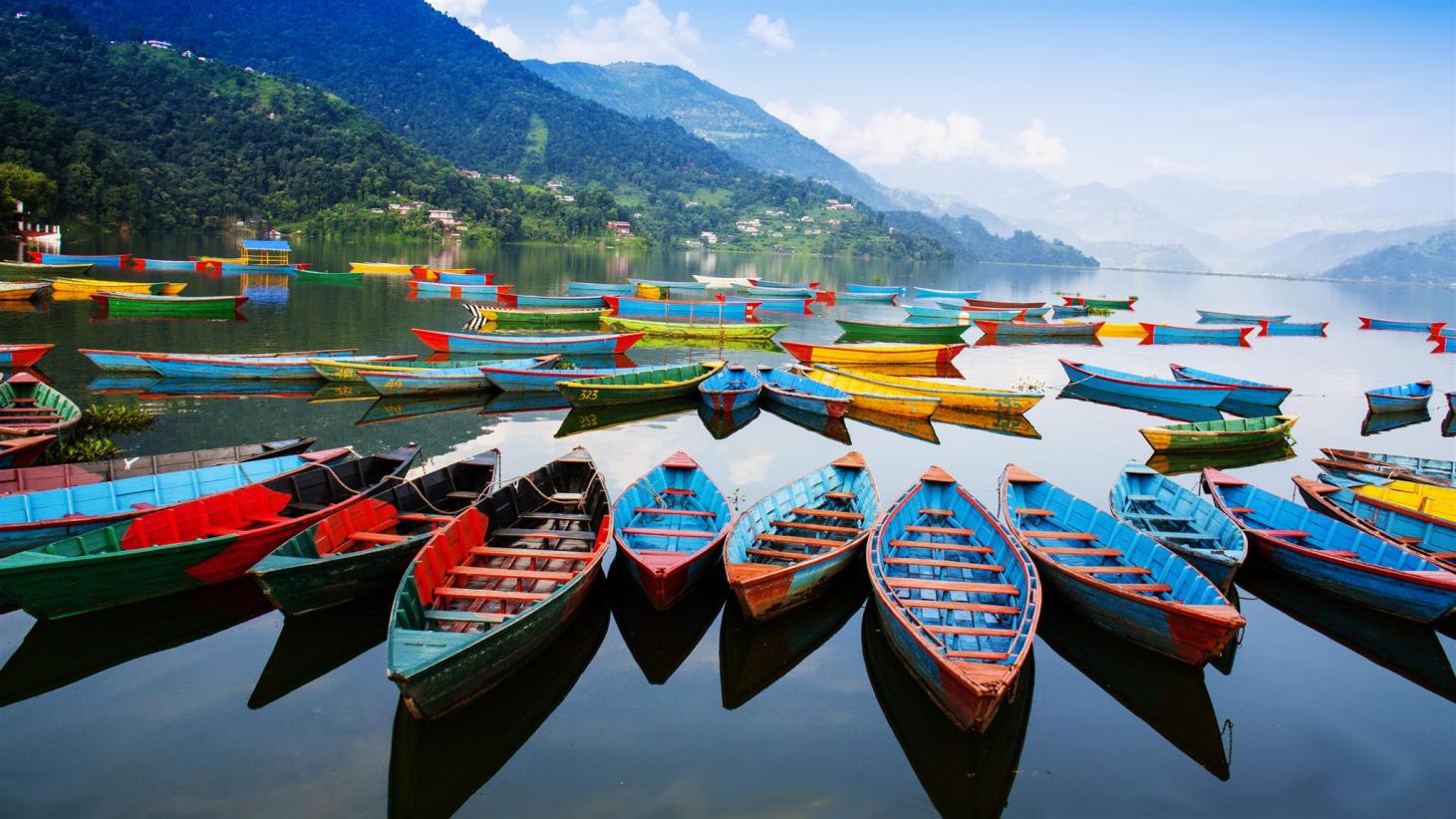 Pokhara is the city of lakes and second largest city of Nepal. Pokhara has been the center of attraction for travelers across the globe due to its unique topographical structure, breathtaking scenic beauty and cultural importance. Nine lakes are surrounded by more than 20 beautiful mountains; it makes Pokhara the ultimate tourist destination. Phewa Lake is center attraction of Pokhara and you can see a beautiful set up of Barahi temple situated in the middle of Phewa Lake which is also called painter’s dream temple. It is rich in terms of mystical caves such as Mahendra, Gupteshwor, Sita, Crystal, Crazy, Bhim Dhunga and Chamero(Bats). Most interesting place to visit in pokhara is Patale Chhange which is also called David’s fall. Reason behind this is once a foreigner named David was in Pardi Khola river, skinny dipping. Suddenly flood gates were opened and he was swept away into the underground passage of the fall and no one had ever seen him again. Hence, this fall is also known as Devin’s or David’s fall. Another thing to do in Pokhara is to experience Zip flyer it is   World’s fastest, steepest and tallest Zip Flyer going at maximum speed of 120 km/hr, with a vertical height of 610 meters and covering a total distance of 1.80 kilometer as well as Paragliding is one of the top attractions of Pokhara which helps you to enjoy the breathtaking beauty of the valley and the surrounding Himalayas. It is also known as the city of museum, Some of the famous museums are Pokhara Regional Museum, Annapurna Museum, International Museum and the Gorkha Memorial Museum. Each of them contains a bit of Nepal’s uniqueness.  World Peace Pagoda is also situated in pokhara. You can also see the underground river known as seti whose depth 20m. A city surrounded by snow clad hill like Mt Machhapuchchhre, Sarangkot hill, Annapurna Range, Dhaulagiri Range, Manaslu Range. And also best place for trekking place filled with greenery of surrounding mountains from Mt Machhapuchchhre, Annapurna, Sarangkot, Dhampus, Kahun Danda. Old bazar, 4 km away from Phewa Lake is a traditional yet colorful gathering of an ethnically diverse group of traders.

Fly early morning to Pokhara with excellent mountainous view (approx.30min). You will be escorted from Airport to a hotel by our private vehicle, then get ready to go for half day sightseeing after lunch. First we drive to Davi’s fall and Gupteswor Mahadev Cave after visiting these places we’ll go for boating in Fewa lake, at the middle of lake you will land on the Iceland of the Barahi temple. After two hours long boating we will be back to the hotel, have dinner and stay overnight in hotel.

Wake up early in the morning get fresh, have breakfast and get ready to drive up to sarangkot to view different kinds of Himalayan ranges and sunrise view. Sarangkot is one of the trekking spot and well-known viewpoints. We will spend about two to two and half hour to explore. After spending memorable time in sarangkot we will be back to Pokhara city and we will go to visit very interesting places such as Chamero (Bat) Cave, Seti River George and Bindabasini temple by our private car and stay overnight in hotel.

In the morning after breakfast, we will go to world peace stupa by car. We can see panoramic view of high Himalayan range from Manaslu to Dhaulagiri range including Machhapuchhre and Annapurna Massif as well as scenic Pokhara Valley and Phewa Lake. Then, we will procced for paragliding and zip flying. Afternoon we will drop you back at airport, and then fly back to Kathmandu. Our car will be ready to pick up in the airport and transfer to your own Hotel in Kathmandu.