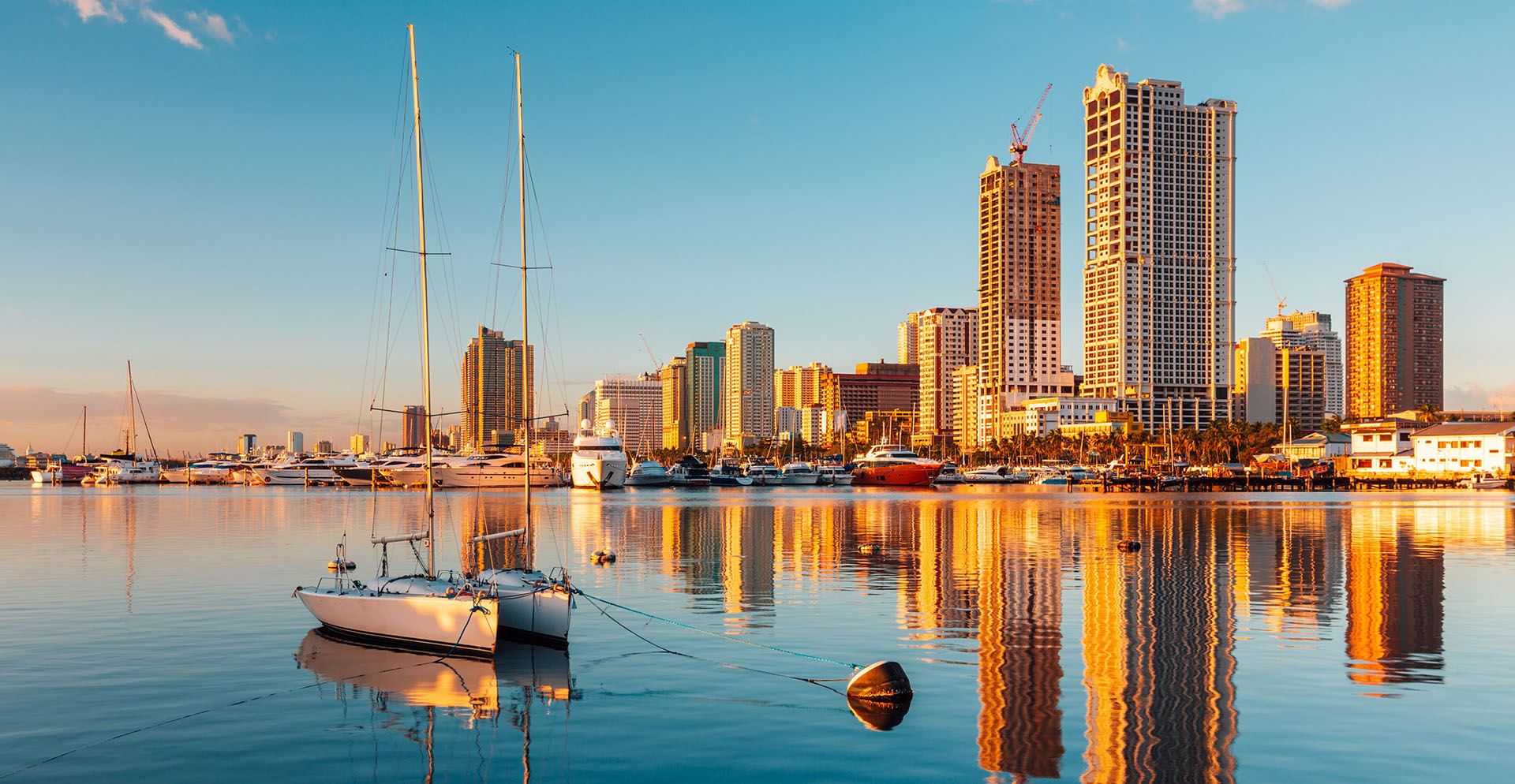 Manila, the capital city of Philippines is also known as the Pearl of the Orient. It is situated on the island of Luzon and spreads along the eastern shore of Manila Bay at the mouth of the Pasig River in the Philippines. Philippines have unique mixture of eastern and western culture and is one of the most westernized nations in Southeast Asia. Manila is dotted with a number of Spanish colonial architectures; and also reflects American, Spanish, Chinese, and Malay influences as well as modern skyscrapers. The Philippines are the highest slices of a comparatively submerged mountain chain and is made up of more than 7,000 islands,the three main island groups are Luzon, Visayas, and Mindanao. Manila has the oldest Chinatown, which is built in 1594. There are Secret Tunnels in the City and there lies an underground tunnel older than the World War II. Some most famous attraction and iconic tourist places are: Intramuros, Spanish-era architecture and culture of Manila, Bonifacio Global City, Rizal Park, Fort Santiago, San Agustin Church, Malacanang Palace, Manila zoo. Baguio is the most attractive city that goes through various mountains, hills & valleys with enchanting Pine forests. You can also enjoy Roxas Boulevard, Tagaytay City, Taal Trekking, Pagsanjan & entire Manila City & its attractions. It is also admirable for its cultural monuments & the historical aspects. You can enjoy snorkel,fishing boats, colorful local festivals, Taal Trekking in Manila.

We will pick you up from your hotel to Tribhuwan international airport (TIA), where you are welcomed warmly and assistants with transport. After we landed to Airport and transfer to Hotel. Get refreshed and Dinner at hotel and Overnight stay at Hotel.

In early morning after breakfast we will move towards Intramuros, the old city of Manila. Enjoy a stroll on the Santa Clara Street. Here you will come across the Rizal Shrine which is dedicated to Philippines’ national hero Jose Rizal. Close to the monument, there is Heroes Square where some of the national heroes of Philippines are buried. Next we will go to visit the Fort Santiago. This magnificent citadel houses another memorial of Jose Rizal. Another Intramuros structure is Manila Cathedral which was built in 1571 and has been visited by many Popes. Learn about the Chinese influence on the Philippines at Bahay Tsinoy. We will be back to hotel and stay overnight at hotel.

After breakfast we will go to visit San Agustin Church that houses a large collection of artifacts and artworks. Explore the 17th-century walls of Puerta de Santa Lucia and Philippine Presidents’ Murals and then listen to the stories of Philippines’ independence at Intramuros and Rizal Bagumbayan Light and Sound Museum. You can also learn about the archaeology, history, and nature of Manila at National Museum of Fine Arts of the Philippines. Finally, spend your evening at the Rizal Park which is adjacent to Intramuros.

In the early after breakfast we will go to visit Manila Ocean Park. The Manila Ocean Park is a must-visited place. This aquatic theme park will make your morning fresh and exciting with the help of its oceanarium tunnel where you can come face to face with the marine life. If the sky is clear, visit the Planetarium of Rizal Park. In the afternoon we will take a walk through the oldest Chinatown in Manila and shop some unique and amazing items of Philippines. Enjoy the Baywalk along the Roxas Boulevard gazing at the Manila Bay. You will love to meet the exotic animals of the Manila Zoo. Take a tour of the museums like the Metropolitan Museum of Manila and the Money Museum and stop by the unique Coconut Palace.

After breakfast we will go to visit the famous amusement park in Manila. We can spend 3-4 hours here enjoy the rides, snow world, and plenty of games offered by the park. Learn about the contemporary fine art at Yuchengco Museum and take a stroll in the lush surroundings of Ayala Triangle Gardens. Visit the Mind Museum and Art in Island later in the day. And we will be back to hotel and stay overnight.

Half day at manila, do shopping and will be return hotel and take lunch, meet at hotel lobby and transfer to airport.