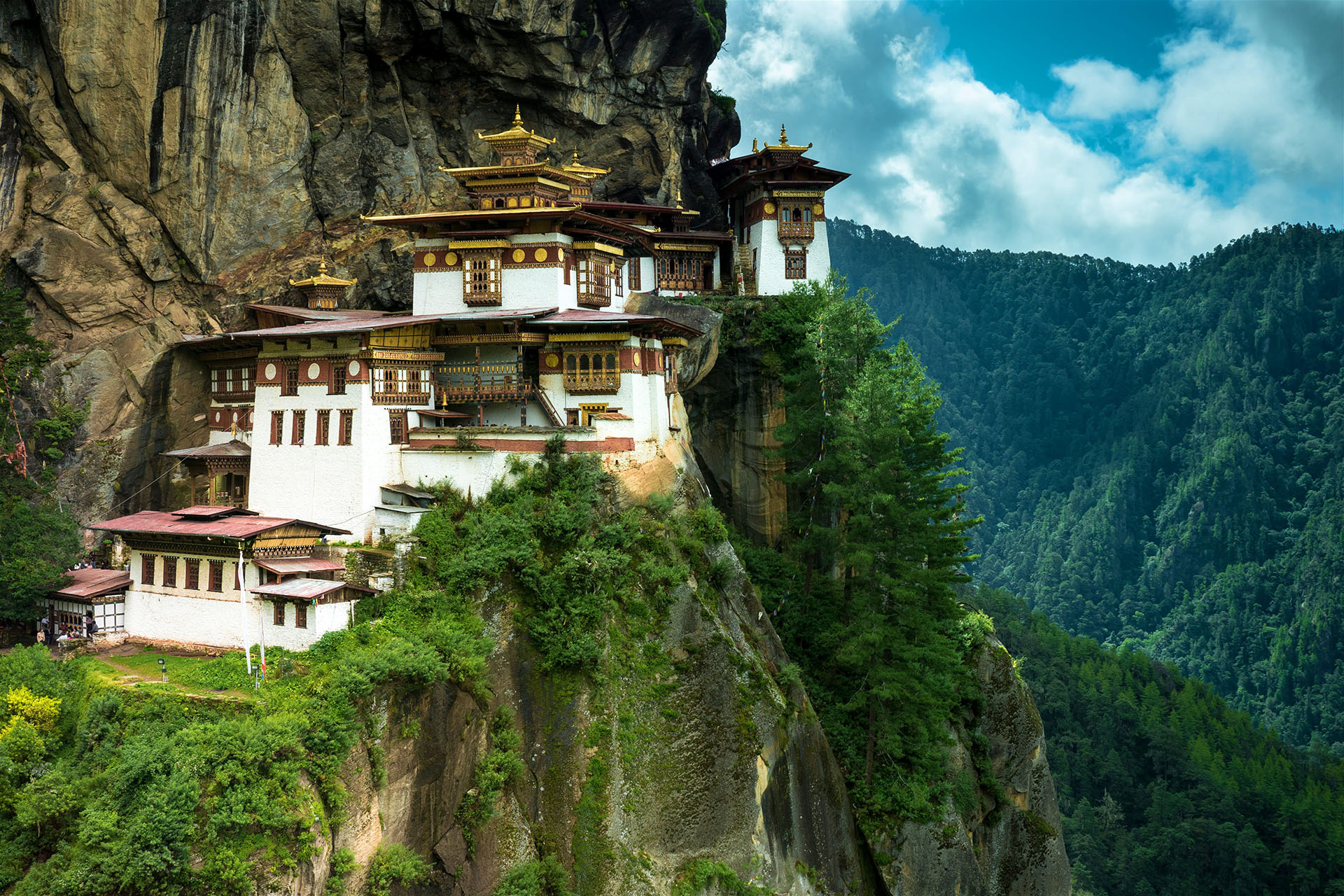 Bhutan is a landlocked country surrounded by two gigantic neighbors India and Tibet Autonomous Region of China but it has never been capitalized in history. Highest peak of Bhutan Gangkhar Puensum is 7570m and also one of the highest mountains which is unclimbed in the world most of the other peaks in the north is over 7000m but also it has lush subtropical plains in other direction. Unlike other countries where growth is measured by Gross National Product it is measured here in Gross National Happiness and its pioneer in this field. It is also one of the least corrupt countries of South Asia. Bhutan is called “The Land of Thunder Dragons” due to the intensity of thunderstorms that hit the region from the Himalayas. Ranging to its diversity from Himalayas to subtropical plains it has rich wildlife including rare golden Langaur, tiger, red panda, Himalayan black bear, leopard, gray wolf, and elephant. The people are Buddhist, and their culture is fascinating. Capital and largest city of Bhutan is Thimpu, but the main airport is located at Paro which is 1.5 hours away from Thimpu. Bhutan is one of the first Carbon Negative countries in the world where it absorbs more carbon dioxide than the amount produced. We are having early morning flights from our Capital Kathmandu to Paro. Bhutan’s economy is mostly based on agriculture, forestry, tourism and the sale of hydroelectric power. It is one of the first country to Ban Tobacco. Bhutan is one of the only countries in the world where citizens have a constitutional obligation to preserve and protect the environment.  Bhutan is also well known for mountain adventure trekking and hiking in the Himalayan region like Jhomolhari Base Camp Trek, Snowman Trek, and Masagang trek.

Upon arrival at Paro Airport and clearance will drive to hotel relax and stay overnight in Paro.

Paro Sightseeing – visit the ruined fortress of Drugyel Dzong which still attracts visitors due to the strategic location of the fort. The fort defended the Paro valley from the Tibetan invasion from the north in the early 17th century. On clear weather Mount Chomolhari 7320 meters can be seen towering over the Dzong. Proceed through the beautiful valley to the watch tower locally known as Ta-Dzong.  It was housed into the National museum in the 1960s by the third King Jigme Dorji Wangchuck. The seven floors museum highlights various aspects of Bhutanese culture and history dating back to the 7th century. Late afternoon drive 1.5 hours to Thimphu (65 Kms) which is the capital of Bhutan. (Overnight at 4 star hotel on full board basis)

In the morning Thimphu sightseeing – visit the Memorial Chorten built in the memory of the late King Jigme Dorji Wangchuck, fifteenth century Changangkha monastery and  the new Drupthob nunnery temple. It is also popular spot for shopping. Later we will drive 3 hours to Wangduephodrang crossing the Dochula passes 3100 meters. On fine weather you will see the eastern Himalayan ranges including the highest mountain in Bhutan Mt.Gangar Punsum. The drive from the pass is all the way downhill dropping to the lower and warmer valleys of Lobesa. Visit the Dzong from outside and the market area. (Overnight at 4 star hotel on full board basis)

We will travel from Wangdue to Punakha and visit the Punakha Dzong which served as an old capital of Bhutan. This remarkable fortress is built between two rivers and has survived many glacial floods and fire. Every year during the month of February a procession known as the Punakha Serda takes place to commemorate the victory over the Tibetans. We will travel back to Paro which is 3 hours and 30 min drive from Wangdue and stay overnight in Paro.

We will travel back to Kathmandu from Paro with rich memories in heart.